Never Underestimate an Old Man With A Jaguar 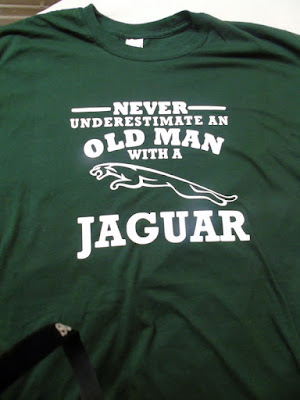 Guess I will have to sell more of my books and push the author royalties up a bit in 2018. My publisher is for ever complaining I do not promote my writing enough. Anyone want the job of being my manager ?

Of course I could always moonlight as a DJ on a pirate radio station. Are you old enough to remember the evil Marine Offences Act which sank the pirates ?  How about we launch a campaign to repeal the act.

Never underestimate an old man with a Jaguar.

Actually my book sales for 2018 have started well, perhaps that bill for the Jag's repair won't be so bad after all. Mind you I would still like to be a DJ on a pirate radio station !

I went to the cinema last night to watch Star Wars - The Last Jedi ! Oh dear what a load of rubbish that was. Special effects and loud music can not compensate for a weak story line. 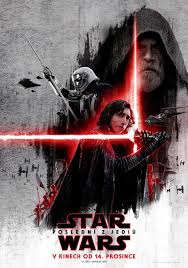 I hope my books have a better story lines than that !

One thing is certain, certain for sure, is we have some great story lines tomorrow brought to the Secklow Radio Roadshow

by the three good causes represented in the Asda Green Token Community Programme. 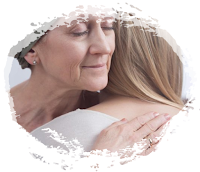 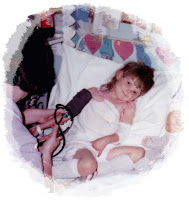 With the Jag back and working I will have no difficulty packing everything into it to transport to Asda early tomorrow morning.

Everything is planned, everything is in place. We have a great story line, the music will be loud but not too loud and the special effects provided by customers dancing in the isles of the biggest supermarket in the region.

Yesterday I popped in to Asda with the balloons for staff to inflate - THANK YOU for taking on that job.

All I have to do today is to sort a running order. Not a strict playlist but something more general so we can react to how the customers are bopping. I will have everything set up and running for half past seven and will probably kick off with a bit of honky-tonk piano from Russ Conway.

Conway was a star from my early childhood. I admire him, admire him for the way he turned his life round from being a young offender in Borstal where he learned to play the piano to becoming one of the most popular entertainers of his day.  The end of one of his fingers was
amputated yet he could still bash out a tune like this.

If you read my teenage autobiography (I write under the pen-name of Max Robinson so do not be confused) you will learn how through out all of  my school days I was an under achiever. Today I despise underachieving 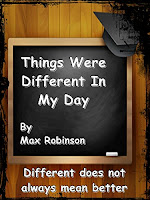 The last thing Russ Conway was, was an underachiever. I wonder if he drove a Jaguar !

Then I want to play some music from Disney as we give out the balloons Asda staff will have so kindly inflated.

You are listening to the music here on the blog aren't you ? Get into the mood and bop. 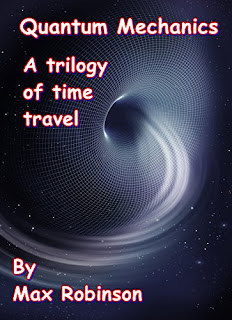 In one of my books I exploit Quantum Physics to travel through time and space back to the 1960's where I do indeed become a DJ on a pirate radio station. QUANTUM MECHANICS - A trilogy of time travel.

Do you think The Geriatric DJ would be given a job on a pirate radio station ?  I do have the right gear to wear. It will be worth coming down to Asda tomorrow just to see me look like that.

I have heard on the grapevine that Asda's press office is sending someone along. I wonder if I may end up on the cover of their customer magazine.

Never underestimate an old man with a Jaguar.

I spoke about how I was an underachiever at school. There will be no underachieving tomorrow.....Life is a DISCO and everyone at Asda will be dancing.

My Teenage Autobiography has no under achieving in it.  Those were great years full of music and full of fun.

So what else am I going to play ?

Yesterday I watched the New Year Concert from Vienna. This is always a highlight of Christmas for me. This year's concert was the best I have ever seen. So I will play a Strauss waltz and encourage customers to dance in three-four time to the music.

I think I may have to take off my 1970's platform shoes before I dance myself !

Throughout the day we will be taking requests and dedications. At three o'clock I will play HI 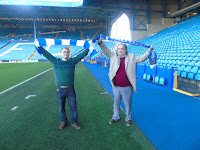 Ho Silver Lining for my friends at Sheffield Wednesday who will be kicking off in a cup tie against Carlisle United. Then when the final whistle is blown I will play Singing The Blues to celebrate the victory. 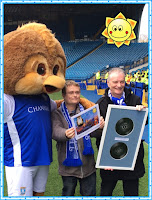 The club asked yesterday if Gary and I wanted to be part of their executive grandstand buffet for the game against Aston Villa next month.

Win tomorrow and I will turn the volume for Singing The Blues right up and then you can book us in for the dining room.

I will be e-mailing Club Director Trevor with a good luck message later today and will make sure the boys know I will be playing music for them.

I have never written a book about football although there is one chapter in The Wild Adventures of Di Central Eating where young Di has an adventure with his local team, Aston Villa. 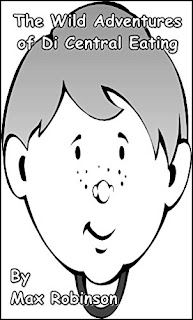 There is a lot of music in that book, perhaps I may play a dedication for young Di.

What I do want to do, what I will be doing, is to play lots of dedications for the three good causes the roadshow is supporting tomorrow. I will play requests and dedications for customers and staff at Asda.

Can I play something for you ?

e-mail me now at dashford566@gnail.com or message me on Facebook

Better still.............. COME ALONG TO ASDA SUPERMARKET IN BLETCHLEY TOMORROW BETWEEN 8am and 8pm to join in the fun and have your request played.

Does anyone remember this tune ?

That's something I have in my head to do at a future roadshow. Let me think it through a bit then I'll say more in a later blog.

So I'll see you tomorrow then.

One final thing !  Hey, my publisher - have I promoted my books enough today ?  Yeh, I know there are a lot more but will what I have put here today shut you up ?

Posted by The Sunshine Smile Crew at 23:01