So much for yesterday being my day off ! LOVE POURED IN. 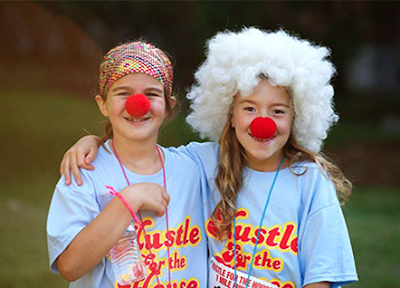 I thought Thursday would be a chill out day after a busy week. Who was I kidding ! ? !

I received a Christmas card yesterday from Ronald McDonald House in Nashville Tennessee.  A card of love from half way round the world.

This pic I love. It's two family members who stayed in Ronald McDonald House Nashville.

Let's play some music for these lovely people.

I love that piece of music. It actually features in one of my books but that's another story. Pardon the pun !

On Wednesday Mayor David Hopkins asked if I could arrange for him to present his top fav hits from the 1970's on Secklow 105.5. Spoke with Tony Ingeldow and spoke with David's PA. That is now happening in four weeks time. 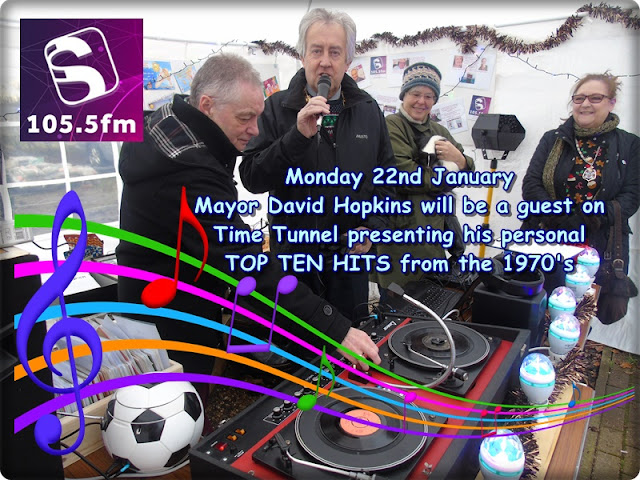 I had an e-mail from the council's marketing director, wasn't quite sure what it was about. Then the penny dropped. 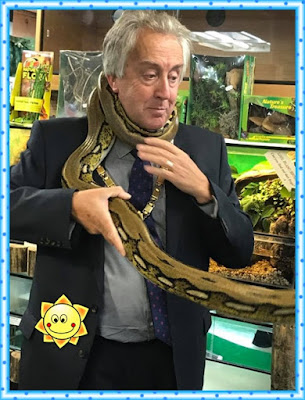 We all know this picture from OurRebekah's Frog Challenge was popular on Google. Yesterday Google told me it is the most viewed image ever for Milton Keynes on Google Reviews and Google Maps.

Our JustGiving page took an enormous jump yesterday with those lovely, lovely people from Little Houghton Day Nursery crediting the £410 raised from their raffle and Christmas Jumper Day. 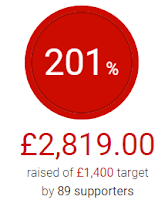 I am now looking to the boys at Hillsborough on Saturday to score TWO goals then we will hit THREE THOUSAND POUNDS in time for Christmas.

Little Houghton I have loads of kids songs on vinyl if you want mt to come over an play them for you all some time. Until then let me play this for you. 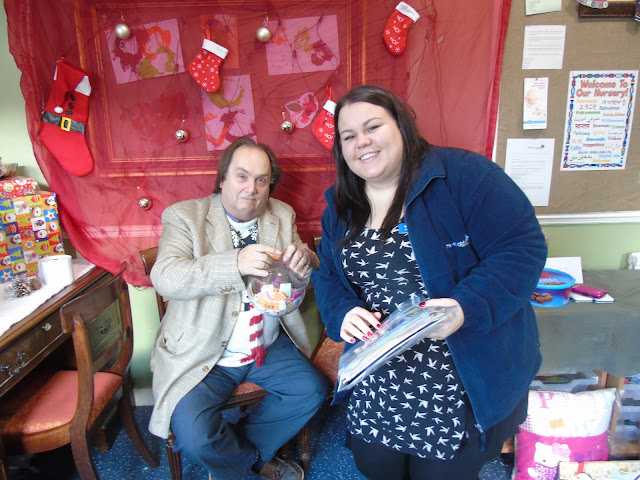 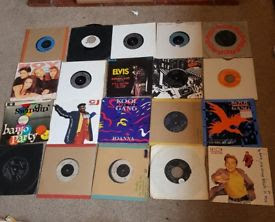 I had completely forgotten that I was bidding on a collection of 40 vinyl singles on e-bay. I WON !  So my music collection is expanding.

Maureen says I have got to buy a little van to put all the radio and music gear in. I spoke with the brothers who own Aristocars down the road, always get my cars from them, asked them to look out for a cheap Citroen Saxo. With the seats down that's a mega car.

Do you remember Prescott Two Jags ? 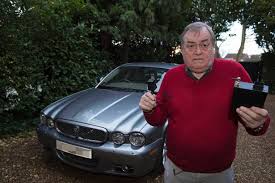 Meet Ashford Two Jags.  Well I do have first refusal on another one. Have I not said it would be cheaper to buy a new car rather than pay to have mine cleaned. Thing is I can not bear to part with my existing X type.  I have put 35,000 miles on the clock this year so if I had two I could share things out a bit in 2018.

I wonder what will be in Mayor David's top ten hits from the 70's. David is a bit younger than I am so I am allowed to select mine from the 1960's and drift into the 70's.

That is t he greatest piece of music ever written.

Yesterday evening I received a Christmas message on Facebook from a Leonite Friend. I am not going to say what was in the message or who sent it, it was personal but so powerful.  THANK YOU. Let me end today's blog with something which is so very important to me, it has been since the day I first heard it back in 1971. My Friend, ALL of my friends take this and make it it your resolution for the New Year.

Posted by The Sunshine Smile Crew at 19:55