Life Is A Game Of Football - So score lots of goals ! 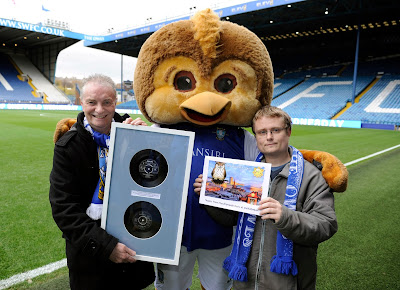 I find it difficult sometimes to understand the passion some people have for the team they support yet fail to cheer their team to victory. Many spend their time moaning about the manager, the directors and the players. If everything is so rubbish then why support the team in the first place ?

I had not one but two e-mails from the director of my club yesterday. I am proud to be a Wednesday fan and proud to enjoy the respect of the club.

Does the club you support even know you exist ? 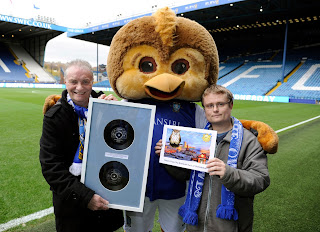 Let me take you to Hillsborough in the New Year, come as my guest, and let me show you how a real football club works.

Let me show you how goals should be scored. I am not talking simply about the ball ending up in the net, I am in a philosophical mood today when I say that Life is like a game of football so score some goals.

The word goal means achieving something. I think that nobody anywhere is the world should go to bed at the end of the day without having achieved something, without having scored a goal.

I am not sure how many goals I will score today. 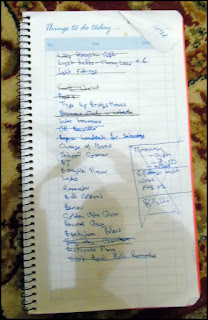 Yesterday I received lovely, supportive e-mails from Little Houghton Day Nursery (See yesterday's blog), from Ronald McDonald House in Birmingham, from our Mayor's PA. And, of course, there were the two e-mails from Club Director Trevor at Sheffield Wednesday FC.

The goals I scored by crossing things off my doings list were achieved because people were cheering me on. Without their voices ringing in my ears I would not have done anything with my day.

I have just crossed off the first item on today's doings list. I have opened the second door in OurRebekah's Advent Calendar.

Yesterday Facebook sent me one a little feature called David's November Moments. It said I had liked 183 posts made by my friends. I am a bit embarrassed about that. My friends "Liked" over 500 of my own posts. Obviously I was not cheering loudly enough.

Picking up on something a friend posted on facebook I clicked to let the robot check my posts and see what Santa thinks of me.  It was, of course, flattering - that's the way Facebook works,  but it was right when it describes be as being a fighter at heart. I am a fighter. Not a fighter with boxing gloves but in a metaphorical sense I will always fight for what I believe to be right. I will fight for what I believe in and I will fight to defend those who need my support.  When I do fight god help anyone who gets in my way.

A football team can only score goals if it fights its way through the opposition's defenders. Their job, of course, is to fight back and stop the ball getting in the net. The last game I watched at Hillsborough as a nil - nil draw.

Life is not intended to be a nil - nil draw.  Every goal scored has to be fought for.  I intend to get out there today and fight today for as many goals as I possibly can. 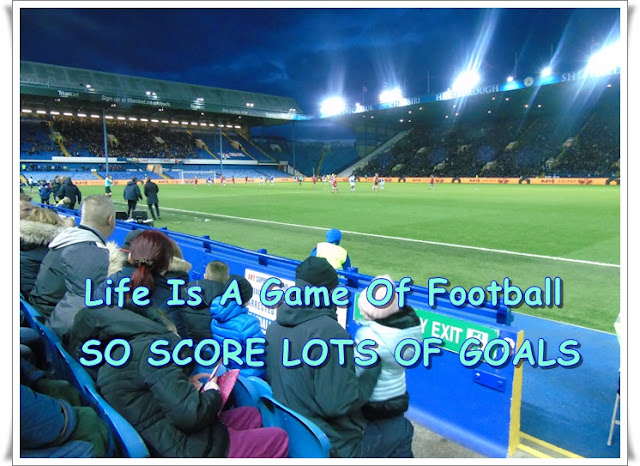 Posted by The Sunshine Smile Crew at 21:54