Life is a typo. The more you make the better you are living it. 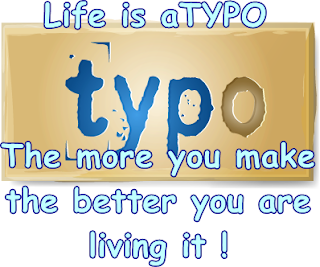 I really find it hard to accommodate people who tippy-toe through life, never doing anything in case they make a mistake and are always on the lookout for those who do indeed trip up.

It is a medical fact that your brain works faster, much faster, than your hands. The more typos your hand makes the faster your brain is working.

The more typos you make in life the better you are living it.

In your life always make sure you include a few typos for those who take delight in finding them !

Life is much better with typos !

As we reach Monday 11th December there has been in our Advent Calendar a TYPO for the past ten days. Here is today's window opening.

TYPOS are good - incompetence and underachieving are bad.

Returning home from my pre-Christmas break in Devon I left the West Country in sunshine. Reaching the Somerset Levels it was raining hard. Never mind the levels flooding there was heavy surface water on the motorway with the rain driving so hard visibility was poor. You would not believe how many idiots who were driving without lights !

The computer in my car can be set to switch the lights on automatically. I always have it set 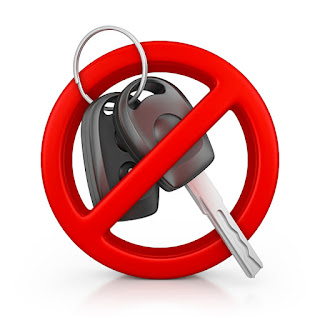 to that position. Many other cars work the same way. Fools who had this system switched off in their vehicles and were failing to switch the lights on manually.

That was not a TYPO.

If I had my way I would BAN every single driver ffor life who was on that stretch of the road yesterday without lights turned on.

Reaching Bristol the rain had turned to snow. Traffic was down to thirty miles an hour in the nearside lane. NOT all traffic, the arrogant and incompetent drivers were hitting the accelerator in the outside lanes putting their lives and others at risk.

Leaving the motorway INCOMPETENCE REIGNED SUPREME.  The local authority had completely failed to treat the road. For 90 minutes traffic crawled in first gear,
occasional reaching second, over an ice rink. There is NO EXCUSE for such a failure.

Reaching Oxford a more competent local authority had treated the roads so I was able to use my car's gearbox to the full !

However, traffic was at a standstill as we reached the M40 junction.

We had a workman at our house a while ago. He said to me that in his opinion 99% of drivers should not be allowed to hold licences. I think he was exaggerating. The figure is nearer to 98% !

Behind me I could see blue flashing lights. I was using my rear view mirror to make sure I was fully aware of my surroundings. In the two lines of traffic Eddie Stobart ahead of me, who was also using his mirrors pushed forward to make a space on the right for the ambulance to move into. I pushed forward as well to make that gap bigger. A silly little girl in an equally silly little car decided she would drive into that space. My car has a very loud horn. I blasted it and waved my fist at her. Then she realised what was happening. STUPID LITTLE *!*! 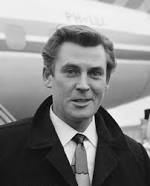 It took me seven hours to cover a distance I would normally expect to take me a little over three hours.  I wonder what this country would do if we ever had heavy snow.

While I am writing this blog I have one of the vinyl LPs I purchased in Devon playing on the disco twin deck. I am listening to Russ Conway, the pop pianist from the late 1950's and early 1960's.

Let me play you something from this brilliant musician.

Do you know where he learned to play the piano ?  I bet even the biggest retro pop fans do not know it was during a three year period in Borstal. Today we call Borstal a Young Offenders Centre. Stop being politically correct - JUVENILE PRISON !

It was a bit more than a typo that sent him there ! 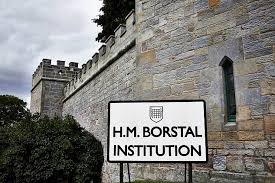 What ever he did to merit such a punishment, for most would have meant the end of their life but not for this guy. He turned a major life problem into a mere typo and became one of the country's most popular entertainers.

When I was playing music last week at the community centre I popped Russ and his hit tune sidesaddle into the playlist. Someone who I guess was aged in her mid thirties and never knew Russ Conway in the music charts came up to me and said That's Russ Conway and Sidesaddle.  His music lives on. Russ Conway's typo was good.

INCOMPETENCE - STUPIDITY -  LACK OF COMMON SENSE - UNDERACHIEVING I have no time for.

TYPO's - BRING THEM ON 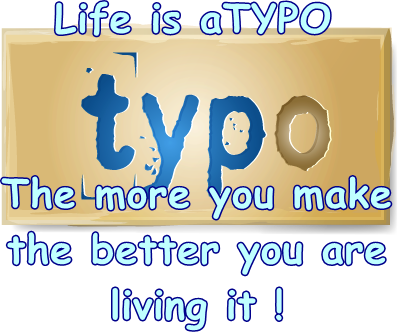 Posted by The Sunshine Smile Crew at 20:55