Yesterday was not a good day ! Or was it ? 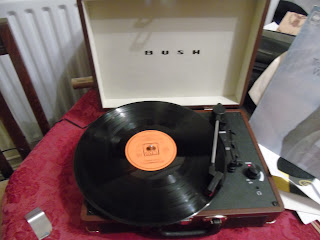 It's twelve minutes past three in the morning. I have been writing today's blog in my head for the past half an hour so may as well get up and rattle the keys on the laptop.

Yesterday was a BAD day. A very bad day !

Hang on a bit David, it was not a bad day at all !

Lots of Secret Santa gifts came in first thing.  I always send a copy of our newsletter with THANKS for the love and kindness the gift represents to those who have sent them. I was out of ink so could not print anything.

Neither of the two branches of THE EMPTY SHELF SUPERMARKET aka Morrissons in Milton Keynes had any is stock.  Off to Asda - out of stock. Office Depot - even more empty shelves than Morrissons !  Argos - sorry I aint a multi-millionaire so can not afford those prices ! 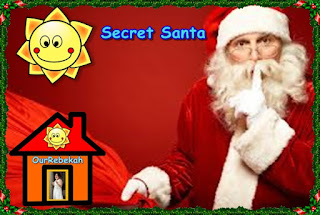 Eventually I did manage to get what I wanted then the printer started to fiddle and faff about, doing anything and everything other than print the pages I so urgently needed.

Mine is a Cannon printer - you know ONLY CANNON CAN'T !

Printer ink costs more per unit of volume than vintage champagne.  Perhaps I should send a couple of ink cartridges to the Sheffield Wednesday dressing room on Saturday 18th rather than bottles of Champagne !

I wanted a second phone, one to use as a dedicated number for my work with Secklow 105.5.  The lady at Asda was very kind and helpful. I am not familiar with pay-as-you-go so she took me through how it works. I did not want a second contract phone.

My phone is a Dorro - you know the ones they market as Mobile phones for the elderly ! It is a WHITE phone.  I wanted a black phone so I could easily see which was which. The box said it contained a BLACK Dorro phone for silly old men. When I got it home, got out my chain saw to cut through the wrapping I found I had another WHITE phone.

I am going to have to make a trip to Bristol today. I need to speak with my friends at Bristol University, see if the technical guy who runs the radio telescope there can set up my hand-held digital recording contraption.  I am damned if I can. Need it working for Fenny Poppers on Saturday.

I then had a failed meeting !  Time wasters !

Feeling frustrated I suggested to Maureen we should go out for lunch.  After waiting for forty-seven minutes, getting more hungry with every minute, a member  of staff came to the table to say they did not have the food in stock for my order.

Someone told me recently that I am formidable. Formidable does not begin to explain how I 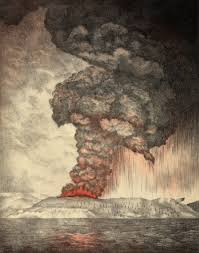 presented myself to that "manager" - some teenage kid on work experience !  I suggested to him that if he could not manage he should not use the name manager. I reduced him to a gibbering wreck. 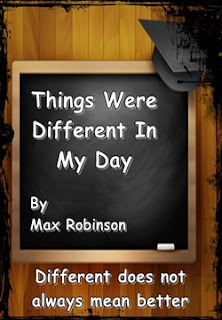 Put it this way. My explosion of wrath would make Krakatoa look like a sneeze in a thunderstorm.

Oh yes, I got my meal - made the manager go out and buy what he needed from the supermarket - and my money was refunded.

If you read my schoolboy autobiography you will discover how I was an under achiever throughout my days in the classroom. When I walked out of the gates that wonderful July in 1967 things changed. I have had failures - many of them, but in the fifty years that followed I have never, ever given less than one hundred percent to anything I have taken on. 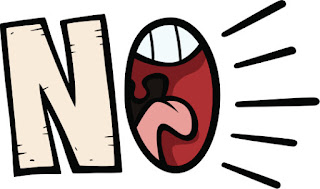 David, throw the underachievers in the bin where they belong. What about all the good things ?

OH YEH - there were a lot of lovely, good things. 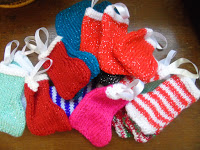 Do you remember these ?  The lovely stockings Maggie, a LEONITE - one of my former students, made for SECRET SANTA.

Yesterday she sent me two beautiful poppies she had made. I shall be wearing my poppy with DOUBLE pride, pride for those the symbol represents and pride with the kindness Maggie gave to me.

I had another meeting to attend, a meeting in Buckingham. As I drove down the A421 I had, 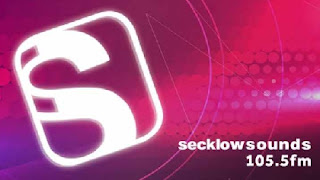 of course, Secklow 105.5 on the radio.  I was listening to Tony's Afternoon Delight. I was interested to see how far the signal from Milton Keynes Community Radio reached.

When I got to Buckingham the signal was loud and clear.  I was early for the meeting so drove into the old town, up and down the narrow streets I pointed the car. The signal remained constanty clear and strong.  I did not have time to drive up to Stowe but if it is strong at Stowe that brings some new and exciting opportunities for our Gala Disco next May. 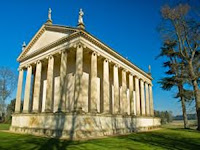 Put it this way - every guest at that party will go home knowing all about Secklow Sounds !

Secklow in Milton Keynes takes its name from the ancient tribal meeting place on Secklow Hill.  It was no accident that the planners located the civic offices on that spot. 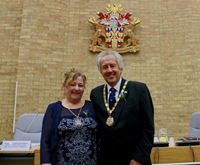 I had an e-mail yesterday from those civic offices, from the Mayor's PA. Could I make a meeting with the mayor next week ? I called the lady and said I would be there.

Our city needs to be proud of David and his wife Susan, they are truly special people. The support they have given to OurRebakah is so kind.

Sorry but I have to include this picture - it has become an icon. I used it in a Google review of Wrigglies Exotic Pets from where it has achieved more likes than  any other image posted from our city. 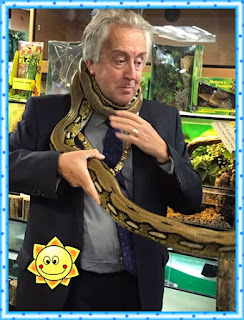 Wrigglies Exotic Pets is having a celebration party of Saturday 16th December - three years of selling incredible animals to Milton Keynes.  OurRebekah is providing the birthday cakes.  I asked Mayor David and his wife Susan if they would like to come along.

YOU BET THEY DO !

I am also helping Bletchley Youth Centre set up its 50th birthday party. David used to attend the centre in his younger days. Will he be there ?  OF COURSE HE WILL.

LEONITE Frank presents a show on Secklow 105.5 - MY INSPIRATION. He has invited me to chat and be on his show. WOW WHAT AN HONOUR

Thank you Frank I am looking forward to Monday very

My life has within it so many people who have been my inspiration. Every day it is inspired to higher levels, not by the underachieving failures who were in danger of overshadowing my day but by those who lifted it to become a lovely time.

Among those who inspire me every day are my former students, my LEONITES.  Not a day goes by without their inspiration.  In my Facebook messenger is something from Rachel. Frank commented on one of my posts on Facebook as did Sandra. 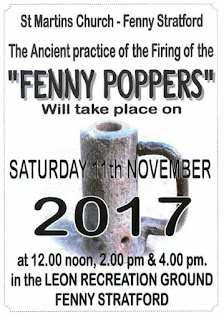 If any of you call me SIR at Fenny Poppers on Sunday I will put you one of the cannon, double the gunpowder and fire you into orbit !

Bit of a long blog ?

Hang on I will get to the point in a moment. Well eventually. Sometime before the next millennium.

I am just going to close the laptop for a bit. It/s 4.24am. I want to film the record on the turntable.

5.05am - Bridge Over Troubled Water has been recorded from my turntable, edited and published on YouTube.

I was out fighting my way through the underachieving part of my day when the postman came. The package was too big for the letter box so my kind neighbour took it in for me.  It was the end of the day, after the lovely events I have told you about when I was able to play it on my vinyl record player.

I believe this to be the greatest piece of music ever written. It out plays anything by Mozart, Beethoven or anyone else. Listen to it. Close your eyes and divide your mind. Listen to the music - a haunting melody. Listen to the words - one of the most powerful and beautiful poems ever written.  THANK YOU Tony for playing it on the radio for me yesterday.

In July 1967 an arrogant and not very nice teenager stopped underachieving at school and walked out into the big world. 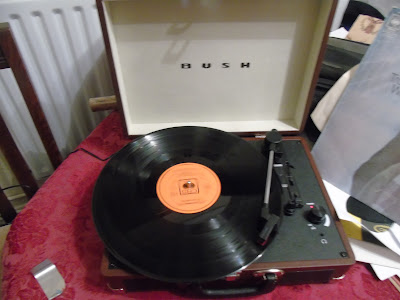 In January 1969 the album with this title track was released by CBS Records. In September 1971 I went to uni. It was impossible to walk through the hall of residence without hearing someone playing the song.

A messy start to my day yesterday but a day that ended well and, as always, a day packed with love. The climax of my day was being able to play this wonderful song on my record player.

Posted by The Sunshine Smile Crew at 21:25