Wear your poppy with pride 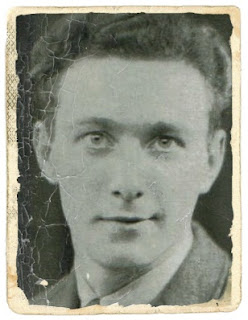 Meet Billy Ashford who  is the main character in Chapter Three of  The Bridge House, the OurRebekah book I am writing for Ronald McDonald House in Birmingham.

Billy was my uncle, the uncle I never knew. He was killed on the night of 8th March 1945  when his Lancaster Bomber was hit by enemy fire during a raid over Germany. The war in Europe ended two months later.  Flight Sergeant William Ashford was 20 years old.

In Chapter Two of The Bridge House Billy is a member of the ATC - Air Training Corps.

On Saturday I went to Morrissons to do a bit of shopping.  There were about ten teenagers, aged I am guessing around 15 years,  who were smartly dressed in ATC uniforms, selling poppies. In charge was a sergeant who may perhaps have been 19, certainly no older.

I slipped into the mode of my new role with Radio Secklow 105.5 and Audience Development Manager.  I returned home, printed off some information about the station then went back to the supermarket and spoke to the sergeant. 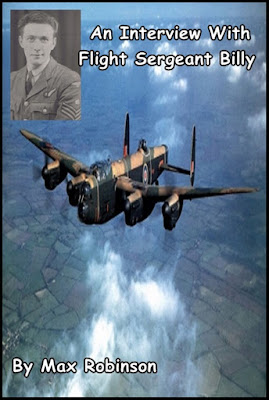 I only began working with the station on Wednesday so could not do anything to feature the ATC  but wanted to tell these great young men and women how personally proud I was and at some future date tI would like to be able to tell listeners all about The Air Training Corps.

Nobody really knows exactly what happened to Billy's aircraft, how he died. A couple of years ago I wrote a book AN INTERVIEW WITH FLIGHT SERGEANT BILLY where I invited him to tell his story.

Billy's mother, my grandmother, Lily around who The Bridge House is written went three times with The British Legion to visit Billy's Grave in Germany.

I am currently working on Chapter Four in The Bridge House and have just told of Lily's first visit to her son's grave.

Lily lost her oldest son in World War Two. World War One was responsible for her husband's early 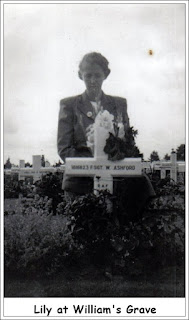 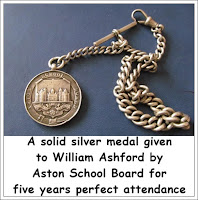 William Ashford was a fit, healthy and athletic boy. The governors of his school gave him a silver medal in recognition of five years perfect attendance.

Immediately war broke out in 1914 William volunteered to fight. He joined the South Staffordshire Regiment and was sent to France.

While in the rat-infested trenches on the Western Front he contracted tuberculosis, was discharged with honour and sent home,  He lived for another twelve years but the disease took his life leaving Lily a widow with three young children.  He was 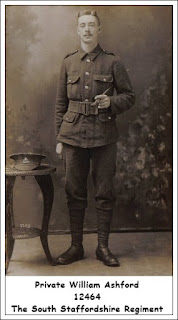 just as much a victim of war as was his son Billy.

Lily and William met when he was discharged from the army. She and her sister volunteered as munitions workers and were billeted in Birmingham with William's family.

All of this is told in Chapter Two of The Bridge House, an OurRebekah project for Ronald McDonald House in Birmingham.

I have woven some fiction into the story. Lily had a friend Violet McGurk. In the story I have renamed her Violet McDonald. She has a brother who I have called Ronald McDonald.

Also woven into the story is this man, who I have made William's best friend in the army.  He is a real enough character and did play football for Sheffield Wednesday and served in World War One but he and William never really knew one another.

I am sorry but the idiot geeks at Google are screwing up the page formatting of the blog so the images are not appearing exactly where I want them to be. No thick, stupid geeks in William and Lily's day !

William worked as a tool maker in his father's business making nails. William's father was Henry, his business was H Ashford and Son.

Henry had a cousin, Thomas, who saw action in a war before World War One, The Second Afghan War.  Thomas was a simple man who worked as a postman when he left the army.

Here is Thomas wearing his medals. He was only awarded two medals, a campaign medal and The Victoria Cross for Bravery. 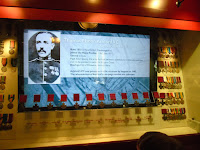 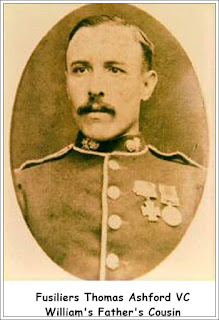 My family is very proud of Thomas. I took my grandson to London to see Thomas's Victoria Cross which is on display in The Tower of London.

My own father served in The Royal Air Force after World War One. He spent a year in Egypt as part of The British Mandate and a year in Palestine with the Peace Keeping Force as the State of Israel was being set up. My father's story is being told in Chapter Four of The Bridge House, the chapter I am currently writing.

My father will be celebrating his 92nd birthday in January. 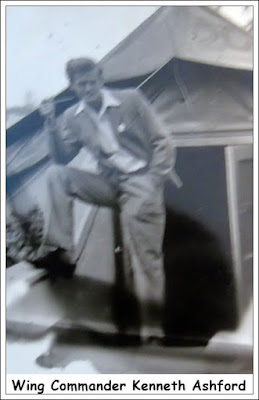 I have often joked that my father was a spy.  He was offered a choice of postings. Either to go to Bletchley Park which was a secret establishment so he could not be told what he would be doing there until he arrived or to go to Cairo.  If you were a young man which would you have chosen ?

The same as Dad I guess.

I lived in Bletchley Park myself for two years.  NO, I was not a code breaker - this was 1971 to 1974. There were areas of the park which we still semi-secret and part of what was called The Diplomatic Wireless Service. I was there attending teacher training college which was housed in a former wartime decoding area. 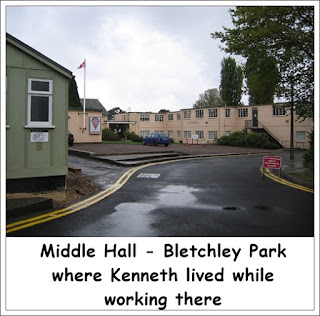 See the flag on top of the building ?  As a student prank I put together a plot.  I found an estate agent's for sale board which had been dumped in a hedge. Late at night two friends and I went to pick it up. One of my friends, then climbed on to the roof and fastened the sign to the flag pole. The college principal, Doctor Garwood, liked the joke and allowed the sigh to remain in place for many weeks.

On Sunday, we remember those who have died in wars fighting for their country. At 11am on Saturday 11th November 2017 many  years will have passed since the guns fell silent in The Great War.

Every British family can tell a similar story to that I have related above, to that I am writing in the OurRebekah project The Bridge House.

I wear my poppy not only in November but all year round.  I wear my poppy with pride and with gratitude to those who gave their lives so I can live my life.

To bring this blog to its end please let me play some music from those war chapters in my book.