I have this morning given serious thought to becoming a Buddhist monk and moving to live a solitary live up a mountain somewhere in the middle of nowhere !

I do not have an underwater laptop and, goodness knows how, water got inside it last night.   This morning it was DEAD !

So if that happened, if the laptop is dead  -  how is the silly old man writing a blog entry today ?

We have not yet turned the heating o for the winter, this morning I fired it up. Placing the laptop above a radiator there was a miracle. It dried out and is working !  Not resting on my laurels I am going to buy a new one day, one to have in reserve. I think I will get an underwater machine.

I have joked with Tony from Secklow 105.5 that if I could have my time again I would like to be a DJ on a pirate radio station.  When I was in Bristol last month and chatting to three of the country's top scientists I quizzed them about time travel. The explanation they gave me within Quantum Mechanics lost me after the first sentence. 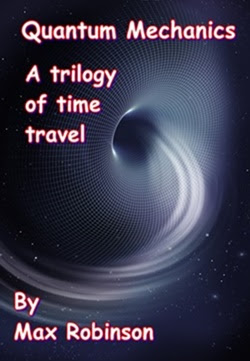 have sold fifty copies of this book !

Being honest it's probably the worst book I have ever written. Who on earth would want to buy an e-book ?

In the story I go back in time to three different destination. One of them is to become part of a pirate radio station.

On the day the new station is launched each one of the DJs is asked to select a record to launch the station.

DJ Billy Bones decided for his choice the station would play YELLOW SUBMARINE by The Beatles.

When I go today to buy my new laptop I have a choice. Do I buy an underwater one or do I buy for myself A Yellow Submarine !

Posted by The Sunshine Smile Crew at 23:15