Who do you think is the greatest football player England has ever produced ? 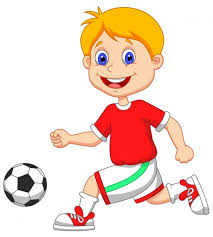 Who do you think is the greatest footballer England has ever produced ? 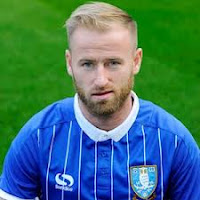 Barry Bannan ?  OK, he may be a friend of OurRebekah but Bazza is a SCOT !

Let's go back to the time in history when England was the greatest.


Who do you think is the greatest footballer England has ever produced ? 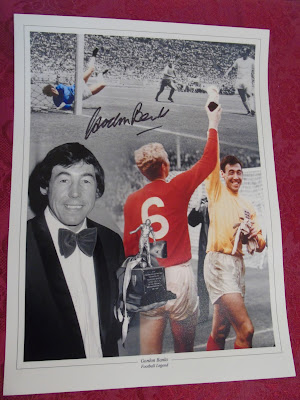 In my opinion it has to be this man. No question about it.


Gordon Banks who played in goal for Stoke City and England. There has never been such a skilled keeper since Gordon. He was, of course, the keeper for England in our 1966 victory, the last time England played football properly.

Gordon lives in the Staffordshire village of Madeley, just a couple of streets away from where my grandmother Lily was born and grew up. 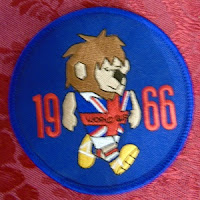 Gordon's agent helped us with our e-bay project. We have just put on to e-bay this autograohed poster together with an authentic 1966 world-cup programme and a sew on patch from that season of victory.

We are auctioning this trio of items for Ronald McDonald House in Birmingham Click the name and check this house out. 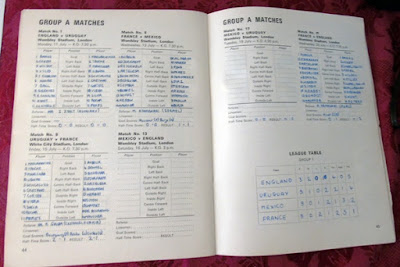 Fifty-one years ago the original owner of the programme lovingly filled in the names of the players and the scores throughout the tournament.

Speaking of football and football programmes I am NERVOUSLY looking forward to Sunday and my visit to Sheffield to see Sheffield Wednesday play against Sheffield United in front of a capacity sell out crowd.

My photograph is to appear in 40,000 programmes. My photograph and the short article I have written about OurRebekah. 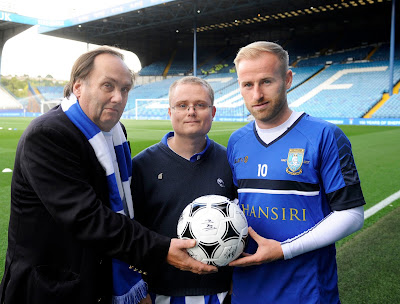 I am not worried about what people may read in my text but OMG what will they make of the ugly old man on the left ?

I am going to buy programmes for Birmingham as well as the two Ronald McDonald Houses in San Francisco and the amazing fun house we have just linked up with in Nashville Tennessee. Every time I go to watch a game I am going to buy a scarf and give it to a football fan in Birmingham.

Don't forget to CHEER ON THE TEAM and to sponsor every goal the boys score to support Birmingham. 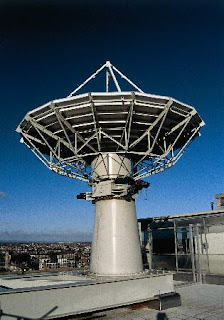 Yesterday the professor in charge of the department sent me a fun e-mail warning me the radio telescope is on top of the university's building.

Who told him I am scared of heights.

Was it the OurRebekah supporter who manages the trust who controls this building on the left ?  Commonly known as The Northampton Lighthouse, the tallest building outside London.

Dianne, I am planning to come to chat with you in a week or so about my going to the top of this building for an OurRebekah challenge. It was you who leaked my fear to Professor Birkinshaw wasn't it ? 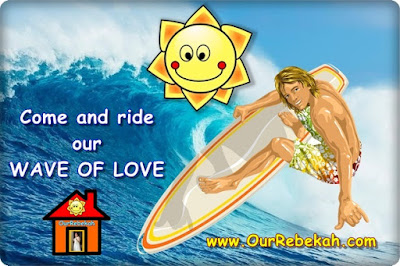 Posted by The Sunshine Smile Crew at 23:57