I wonder what the wet, spineless liberals from today's society would have done

I went to watch the film Dunkirk yesterday afternoon. Rating the film on a score of one to ten I will be generous and give it FOUR.  A hideous grammatical error was applied to the introductory sub-titles and repeated several times. I guess that did not set me in a good mood for the story. 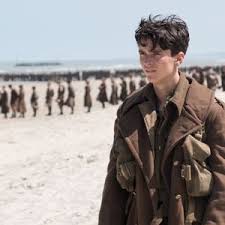 The photography was good but while some characterisation was OK others were weak. The two main characters were similar looking so it took time to work out who was who. The action kept jumping about in time and failed to achieve the effect the director was aiming for. The biggest failure, however, was the film's complete and utter failure to show the magnitude of the evacuation from the beach. 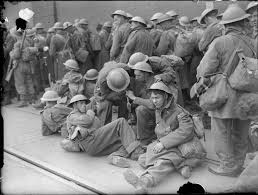 I told my mother, she will be 90 years old in October, that I was going to watch the film. She shared something with me she has never spoken about before. She told me that as a young girl her mother had taken her to a railway station to welcome and cheer the soldiers home. She said how the soldiers had hung their clothes out of the train windows to dry.

Taking her two daughters to wave to the soldiers is something my Nan would have done. She was very patriotic. We could do with more like my Nan in today's society.

The Dunkirk evacuation happened in 1940, here we are in 2017 - 77 years later. I wonder what the wet, spineless liberals would make of the plight, the sacrifice of our soldiers were a similar situation to happen in our time. How many politicians would have the backbone to fight for freedom, liberty and democracy ?  What would Jeremy Corbyn have done ? Does not bear thinking of does it ?
Posted by The Sunshine Smile Crew at 21:32