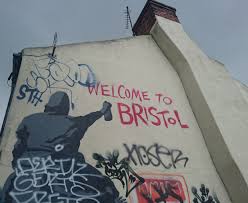 It has been a week since I last wrote a diary entry. I have not been doing nothing, I have been working flat out on the OurRebekah website, frantically trying to get everything done but I am losing the plot a bit. I am making some silly typing mistakes, not little typo's but hideous big stupid things, I have decided to stand aside and draw breath a bit.

That's part of the reason why I have not been writing a diary. The second is I am staying in Bristol for the week looking after my two young grandchildren while Mum is away on business and Dad is doing what ever it is lawyers do.
Bristol - ah yes !

I am not a fan of any city but Bristol - well that is something else. The world's graffiti capital. 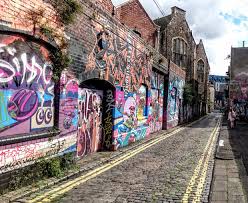 Bristol is proud of its graffiti !  I can think of a lot of things to be proud of before having to give my blessing to this rubbish.
SCRUFFY !
I always worry when I am in Bristol that if I stand still for too long or get caught in the car at a set of traffic lights some moron will come and spray paint over me.

MORON !  SCRUFFY ! Oh My God I have just had a terrible thought.  I do so hope Moron Scruffy Jeremy Corbyn never finds his way to Bristol. Can you imagine it ? 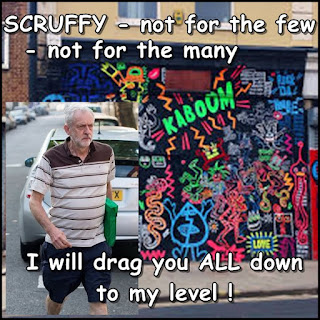 He will probably say we all have to have Bristol's scruffy paintwork on our homes.
Oh Jeremy, last week I met some perfect people for you to campaign among.  Semi-intelligent fools and cultural illiterates who would fall for your propaganda with so much ease.

I went to the Andre Rieu 30th Anniversary Concert. Not in Holland but at a cinema broadcast in Northampton.

The broadcast was due to commence at seven o'clock.  I arrived at the cinema at 6.20pm, the door to the auditorium was open so I went in, found my seat and sat down.

On the screen a clock was counting down to the start of the show. At a quarter to seven there were just a small number of us waiting for the music to start.

At five to seven the isle was clogged with old men and women, hobbling on their walking sticks and totally unable to find their seats. The line was out into the foyer, blocking everywhere and threatening to spoil the start of the show for those of us who had the 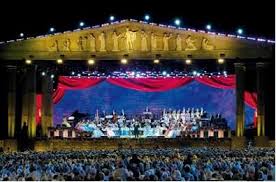 common sense and good manners to be there in time. Cinema staff had to come in and say - JUST TAKE A SEAT ANYWHERE AND SIT DOWN. What else could they do ? I know what I would have done, I would have closed the doors and sent the latecomers away.

What would you have done Jeremy ? You would, I am sure, have found some way to make political capital out of it all. In the interval cinema staff apologised for the problem and said at the end they would come round and give everyone a free ticket by way of an apology.

WHAT ? Why the hell should the cinema have to give out a few hundred free tickets because a load of silly old biddies could not find their seats.

When the guy came to offer me my ticket I said - LOUDLY - Thank you but there was nothing wrong with my seat and I got here in plenty of time so, please, there is no need to offer me a free ticket.

I love music, if you are one of my regular readers you will know that. Andre Rieu loves music and his concerts are a bit special. 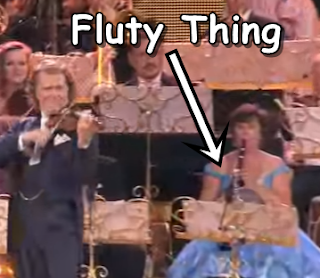 You can listen to the tunes or you can get inside the music and live it. Andre Rieu does the latter. The silly old fool and his wife sitting next to me were most certainly of the former.  I bet they were Jeremy Corbyn voters !  They were stupid enough to have been.  In the interval this cretin was saying how he had been to Nottingham and could not understand why it was called The Black Country as there was nothing black about it.   Nottingham is sixty miles away from the Black Country - THICKO ! I won't waste my time explaining why The Black Country was so named !

Then this silly old man opens his mouth again to talk about a musician in the orchestra. The woman playing the fluty thing, he said. IGNORAMUS she was playing a clarinet !

audience to clap - IN PART.  These silly old biddies and their husbands clapped all the way through !

I could name every single item of music the orchestra played, I knew the composer and the background for each piece. That is getting inside the music, not just listening to the tunes. 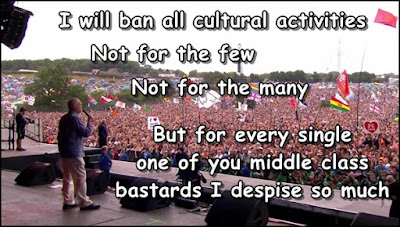 I wonder where Jeremy Corbyn stands on each of these. I wonder if he can tell the difference between a flute and a clarinet. I wonder if he knows Nottingham is not in The Black Country.
Posted by The Sunshine Smile Crew at 12:08