Are you facing up to your fear or are you being a wimp like me ?

I had just about finished writing this diary entry when this stupid, rubbish laptop Curry's PC World sold me decided to freak.  I lost all the work.

I was saying I have not been on a trip to the dark side of the moon, I have not been abducted by aliens, the reason for my not writing a diary entry for a few days is because I have been working flat out on the new OurRebekah website. It is now complete with a multitude of typos which, hopefully, a period of beta testing will eliminate. TYPO's - well I like to leave the odd one there for those who take delight in finding them.

The website must be working OK as already we have had two supporters help us put a smile on faces.  OurRebekah is all about having fun, smiling and supporting, through Ronald McDonald House Charities, families who have a child sick in hospital.

One of the supporting friends this morning added five pounds towards a challenge I have set myself in the website's Bureau Of Silly Ideas.

When I was about five years old a frog jumped out at me in the garden. Ever since I have had a phobia of frogs. They terrify me, I become a nervous wreck and feel physically sick. Just the sight of one is enough to instil in me more horror than having to 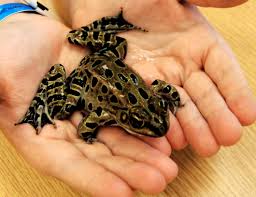 To start the Bureau of Silly Ideas off on the website I challenged myself to hold a frog in the palm of my hands for thirty seconds. I said I would pick up the challenge if supporters put up £100 from OurRebekah to Ronald McDonald House Charities.

If I am honest I did not think the challenge would be called, I would even pay thousands of pounds not to have to hold the wretched frog. This morning someone has started the sponsorship off. OMG !

Have a look at something I made for YouTube.  I think this explains it all.


I only put that on YouTube an hour ago and already it has Been viewed nine times. DAMN I AM GOING TO HAVE TO DO THIS CHALLENGE. 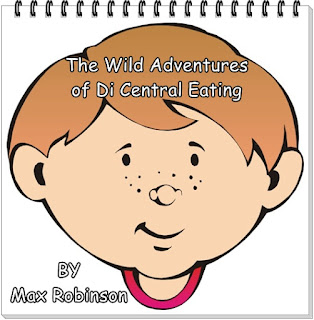 The final chapter in my book THE WILD ADVENTURES OF DI CENTRAL EATING tells about my childhood fear which grew into an adult phobia.  When the book is illustrated and republished for Ronald McDonald House Charities I am going to dedicate this chapter to every person who sponsors me to meet my fear.

If I had anything about me I would have faced this challenge sixty or more years ago.  I still hope OurRebekah does not reach the £100 figure so I do not have to do it.

In George Orwell's novel Room 101 is where an individual's greatest fear is held. My Room 101 contains a frog.

What does yours contain ?

Are you facing up to your fear or are you being a wimp like me ?

Heck I hope nobody else sponsors me so I do not have go through the challenge.
Posted by The Sunshine Smile Crew at 01:44