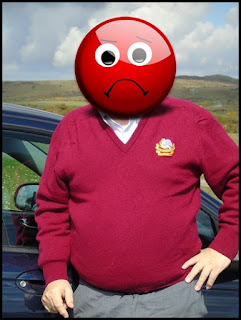 My heart is feeling sad and let down. My head is saying don't worry about it.


My heart has been running a marathon at the speed of an Olympic sprinter as I have been working to have the OurRebekah website up and running so it can be formally launched today.  It is 4.46am, I have just come to the laptop after having a lay in bed today. Yesterday and Wednesday I started work at 2am. The site is on-line and today it will be launched.  If I may say so myself it is looking good, many people have said it looks good,  even my head is saying to my heart That's OK, well done.

An organisation which promised amazing help and support, something upon which the OurRebekah project is based has failed to respond to two letters sent on Wednesday 21st June, that's ten days ago !  Another area upon which I was pinning so much has failed to respond to numerous e-mails - no, not a single reply to anything !  Then yesterday someone who I felt certain would help the project basically said - get stuffed !

My heart is aching, it can not abandon the project so what can it do ?  My head is still thinking things through but is hinting: step back a bit,  if people are letting you down just accept it and change your direction.  You have been running so fast others can not keep up with you. Everything will be alright in the end.

It is also saying: You silly old fool - take some of your own advice. What is it you always say ? LIFE IS A DISCO - SO DANCE !  Don't stop dancing, just play a different record.

Thank you head. My heart thanks you.  Let's see what today and the week-end bring.

While I have been typing this little self indulgence an e-mail popped in. Nick usually e-mails me while he is listening to the dawn chorus. Nick is a cyber buddy I met on Twitter. He has been reading The Bridge House as I write, commenting, making constructive criticism and being a great source of support.

Head to Heart - SEE, take note of that and smile !

Yesterday, for the first time in almost a week I did some writing for The Bridge House.  I typed up 824 words to begin Chapter Three.  Today, no matter what happens or does not 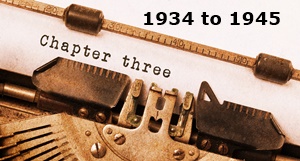 happen I will scribble a minimum of another 1,500 words.

This diary page is chapter 40 in The Diary Of A Silly Old Man.  I want to publish the diary on Amazon but the first entry was only made on Wednesday 12th April, that's not even three months ago. So much has happened in those three months, so much in my own life and in the life of my country.  How long before I could put the diary into an e-book and ask people to buy it ? 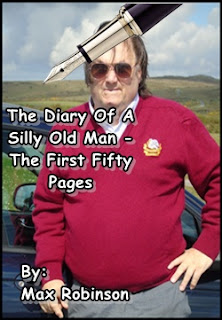 Head to Heart - You need to wait a year, until 12th April 2018 and publish THE DIARY OF A SILLY OLD MAN - THE FIRST YEAR.

Heart to Head - Do not wait that long, publish THE DIARY OF A SILLY OLD MAN - THE FIRST FIFTY PAGES.

That sounds possible.  I could publish as soon as Tuesday 11th July.

Heart to Head - what do you think about that ?
Head to Heart - I'll think about it and let you know tomorrow.

As they say - WATCH THIS SPACE 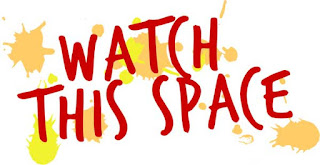 Posted by The Sunshine Smile Crew at 21:41