One year ago today our country went to the poll, it was a day where common sense 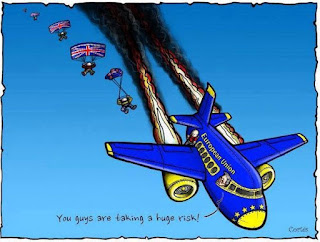 prevailed and we voted to leave the dictatorship of the failed European Union. One year further on where are we ? Realistically has anything effective happened ? At the end of the day we are still a part of the institution and freedom is in reality no closer than it was a year ago. The European Union has achieved what The Spanish Armada, Napoleon Bonaparte and Adolf Hitler all failed to do.

Britain voted to leave the European Union but we are still a member. Holland and France failed when common sense was needed in elections within their countries so the politicians who could have rescued the people were never given a chance.

Why are we having all these talks ?  Why all the negotiations ?  What is there to negotiate ? Just walk away. Let the European Union come crawling to us and beg.

What do we need to leave this dictatorship ?  WORLD WAR THREE ?

When I was a kid it was not a case of IF World War Three happened but WHEN.  Sooner or later there was going to be a nuclear holocaust and that would be the end of the world as we knew it. I actually wrote a story in the 1970's - ESCAPE FROM ARMAGEDDON.   Armageddon as we understood it has not come and will not come but World War Three is as big a threat to Planet Earth today as it has even been, it is just coming in a different form.  Oh it will come, that is unless we wake up and open our eyes.

In 2016 1,326 innocent people were murdered by islamists, another 2,620 were injured.  So far in 2017 364 have been murdered and 911 injured.  The liberals continue to tell us islam is a religion of peace.  Have you heard a mosque anywhere near where you live condemn the terrorists ?  I have not. Oh yes World War Three is coming and we are sleepwalking our way to allowing it to happen. 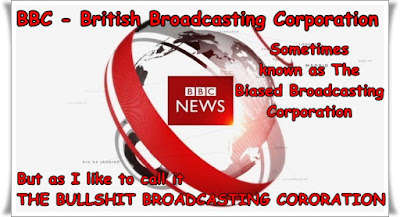 When is The Bullshit Broadcasting Corporation going to stop sensationalising a fire in a London block of flats ?  Has nothing else happened in the world that needs coverage ?

Yesterday the news was proudly reporting there would be no immigration checks carried out on those who were in the fire. WHAT ?  Why are we as a nation allowing crimes to be overlooked ?  Does that mean if there were murderers, rapists, paedophiles or armed robbers living in Grenfell Tower their crimes should be overlooked ?  What about islamic terrorists ?  If there were any of them living there should we overlook them ?

23rd June 2016 was a great day for Britain. How sad that it has been followed by three hundred and sixty five weak and pathetic days. We deserve better.
Posted by The Sunshine Smile Crew at 20:38