Am I wrong to think like this ? PLEASE TELL ME 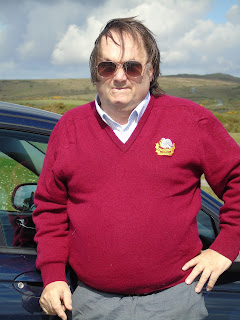 No litter on the streets.

Heard only English spoken as I walk about.

Not seen a single muslim rag bag on a woman's head.

For a million pounds I could buy a large house in its own grounds.

NO potholes every few yards in the road.

Only Conservative election posters to be seen. Not a left wing loony in sight.

Common sense is the order of the day.


I have spent the past four days in South Devon taking a bit of a break from my daily life. What a refreshing time it has been. Just how different this part of the country is compared to where I live.

So why do I not turn my back on North Buckinghamshire where I currently reside and enjoy a better life here in a what must be one of the last parts of REAL England ?

There is no doubt many aspects of life here would be far better but there are disadvantages.

No potholes but the roads are a nightmare !  Driving is a chore. I have become used to a good road system,even if it is potholed like crazy, taking but a few moments to get from A to B. However, even the roads here and what I anticipate would be congestion in the summer has to be better than driving in London aka The Armpit Of England. NO I do not live in London !

I wonder what it would be like here in the winter when the bad weather comes along ?

I went into a charity shop two days ago and paid £1 for a brand new Next shirt.  There were two Charles Tyrwhitt shirts, also new, priced at £1 each - buy those in a Charlie Tywhitt outlet and they would cost you fifty quid a piece. I got two pieces of hand crafted Italian glass, easily worth a hundred pounds each, for just £2 an item.  I told the woman running the shop her prices were way too cheap but she just smiled and said it was fine.

Is it any wonder I could buy a million pound mansion with six bedrooms, four reception 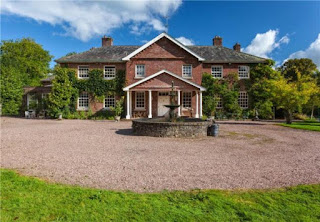 rooms and an indoor swimming pool so easily.

Ah there's a problem - I can not swim.

Still the vast area of garden about the property would be fantastic.

So why don't I move away from North Buckinghamsire and live in the better world of South Devon ?

I don't think I could cope with the upheaval of a move.  I do not want to move so far away from my family and my friends.  No, that lovely property I saw in the estate agent's window will not be having me as its new resident.

But am I wrong to think that life would be better in a cleaner environment where the street is not the place to throw your rubbish ? Where English is the language of England ? Where islamification has yet to reach out ? Where roads are properly maintained ?  Where socialism does not exist ? Where common sense is the norm ?

DAVID
aka
The Patriotic Pensioner