When you play the piano of life are you playing in harmony. 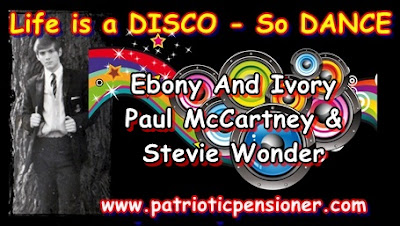 .
I think it is one of the most beautiful pop songs ever written.

This is Britain and our culture is BRITISH. It is not a place where every different culture can do its own thing and pull against other areas of our society. By all means bring that which is lovely in the part of the world from where you originate, merge it into British society and culture to make our life better - do not set it apart in opposition to the British way of life.

Stevie Wonder and Paul McCartney are singing about living in perfect harmony not imperfect discord. 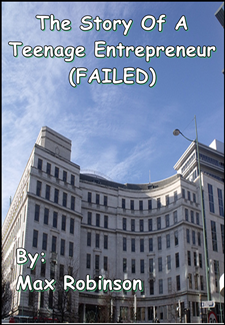 Yesterday I scribbled about two thousand more words into my notebook as I continued the writing of my autobiography THE STORY OF A TEENAGE ENTREPRENEUR (FAILED)  I have just reached in my typing up of those notes the point where my sales manager told me not to take any more orders from members of the Jewish community.  I ignored him, not because of any racial favour or disapproval of his stance but simply because I wanted to keep my contract sales figures nice and high.  My sales manager was not being anti jew, no he was not, It was because those from whom I had taken orders were all awkward customers and he did not want any more like them.
The paternal side of my family is English as far back as I have been able to trace it but my maternal grandmother's family were Huguenots who fled to Britain a few hundred years ago. I would have like to see someone try to tell my grandmother she was anything but British. 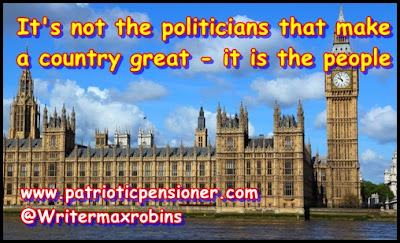 I often pop this on Twitter and did so again yesterday. It is true you know, when it comes to making a nation great the politicians are impotent.

What a load of old rubbish that is.

BRITAIN IS ALREADY GREAT some people just need to open their eyes and realise that it is.  If when you have opened your eyes you still do not think it is great GET OUT THERE AND DO SOMETHING ABOUT IT. 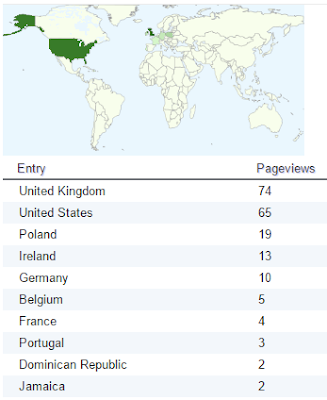 EXACTLY the same applies to where you live. Here are the viewers to my blog so far this week. What I am saying about British culture and way of life applies to you just as much.

YOUR COUNTRY IS GREAT - of course it is. Are you proud of it ?  Do you love it ? Are you making it better ?

When you play the piano of life are you playing in harmony ?