I had hoped that yesterday's blog would hit one hundred readers, not for my own ego but to celebrate three special people who made my day a bit special. Did not make it to one hundred but 70 which is a page record. THANK YOU.

Let me start today with something from my YouTube Channel, 178 different pieces of music there now, which I am going to use to start my day off well. Can I invite you to use it for your day.

Feeling great following the people I mentioned in yesterday's blog I drove to Oxford to visit my daughter in hospital. She told me to calm down, stop looning about the ward and making a fool of myself. I never do as I am told. I expect after I had gone she had to apologise to the other patients for her silly old Dad but I think I put a smile on some faces.

I had a fantastic evening. I logged into Facebook to add a couple of pieces of music then ended up chatting to several friends who were shearing on-line memories of Leon Disco. People fired requests at me and we had a bit of a cyber disco.

I found it hard to sleep - so much happy music was playing in my head. I was awake at y usual 4.30am, I have always been an early riser, and here I am again playing music.

So let me share some of last night's tunes.

I think he had his tongue in his cheek when Mark asked me to play this but it is a beautiful piece of music. Mark was one of the team running the disco, his role was very much keeping the rest of us in order.  Here you go Mark.

Mark then requested another song and dedicated it to myself. Mark you have developed a unique sense of humour since you were a teenager !

Just for you Mark I am playing the song while I type this page !  Mark shared a secret from the early 1980's telling everyone on Facebook how the team tried to lose this single but I always managed to find it.

Paul remembered how he and John used to take the money from the tuck shop and go to Menzies and but the singles to play on the turntables.

Dianne remembered my playing this and making a competition from the music which she won. Let me play this again for you Dianne.

Thank you to my Facebook friends, you ended my day in a lovely way. 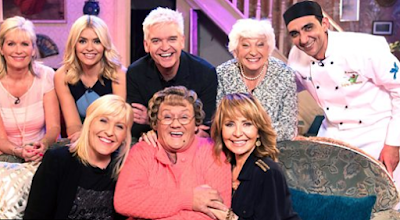 Anyone who has looked a bit more closely at my Facebook profile will know that I like to watch the cross-dressing pensioner Mrs Brown on BBC TV.  The Saturday before last she had 1960's singer Lulu on the show. That's Lulu on her left.

This song was a hit for Lulu in 1967.  FANTACTIC YEAR 1967 - the year of the hippy and the year I left school, escaping from the dull, monotone education I had endured since I was five years old. NO, we did not have a disco in my school !  Could have been interesting given the fact that it was an all boys school !

Did you know the bring old farts at BBC once banned this song ?  Well you all know what I think about the BBC ! 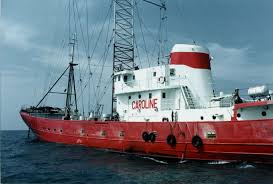 Bring back the pirate radio stations on the 1960's that's what I say.

Well all of that has set me up for the day.

I'm going to McDonald's for lunch with my two grandsons then back to Oxford to visit my daughter in hospital.  NO I do not promise to behave myself when I get there, I'll probably dance around the ward to these songs and entertain all of the patients. 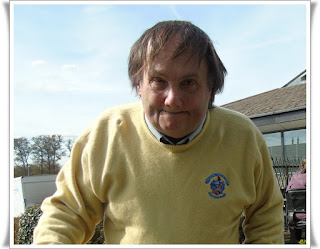 David aka Max Robinson aka The Patriotic Pensioner
Posted by The Sunshine Smile Crew at 22:28