Can you help me ? 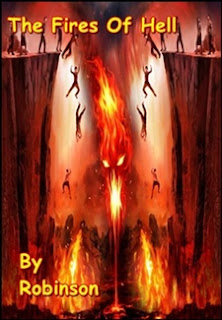 I want to seek your help.


I have written a FIRST DRAFT of the first chapter of my next story THE FIRES OF HELL.

I am not at all sure it is working. 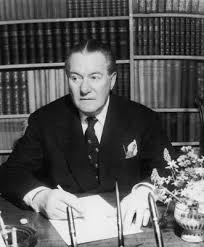 Prior to writing this I experimented  with the genre of crime fiction and had a lot of fun telling three stories from the case files of Dave McDermott. I think everything worked OK there. Now trying my hand at black magic I do not know if I should continue or give up.

When I was an older teenage reader this was my favourite style of writing. I particularly liked Dennis Wheatley.

During the Second World War, Wheatley was a member of the London Controlling Section, which secretly coordinated strategic military deception and cover plans.

He would have had access to the kind of information my story hints at and Hitler's fascination with the occult.

The text I have so far written is not supposed to chill the spine or make the reader scared of the dark, it is simply setting out the two main characters - Toby and Steve.  It is giving the scene where the action can take place. But is it working ?  I am not sure. 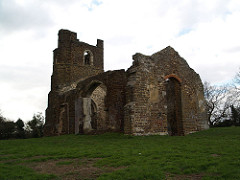 Next Tuesday I plan to drive to Clophill and soak up the atmosphere surrounding the consecrated church.  I want to feel if I can sense evil within it or not. I want to separate superstition from fact.

When I was a student, that was a long time ago, I had a friend who was fascinated by the dark arts. One night he and another lad rode out on a motorbike to Clophill. When they returned they were terrified. They came to me for support, I thought they were out of their minds and being stupid. I was not a lot of help to them.

When I have made my visit to Clophill I will make the decision to continue writing or to abandon this project for something new.

Your advice would be much appreciated. Would you be so kind as to read this early draft of the first chapter then drop me an e-mail with your thoughts ?

THANKS ever so much.

"And so Man created God in his own image," Professor Garwood said in conclusion of his lecture.

The Garwood Theory was that there was no supernatural being which people called God. No god of the Christians and no god of the Jews. Allah was just as unreal in the Moslem faith as were the gods of Ancient Egypt, Rome and Greece. Yet they all spiritually did exist in their time, some still did exist. Existence was from the power of man's mind.

Man created God in his own image. Even within the Christian religion God takes on different forms. The god of the Roman Catholics is not the god of the Pentecostals and quite different from the Methodist and Baptists. While man's collective mind also created the Devil his was only one persona, he did not differ from sect to sect. Hell was Hell and the Devil was the Devil.

The Garwood Theory may have fame in academia but Toby believed he had within his mind something waiting to be developed into something of equal importance. Garwood may have his PhD while Toby Wolf was still an undergraduate but what he wanted to bring forward was of greater significance than Doctor Garwood's consideration of the existence surrounding god.

Toby picked up a pen and began to brainstorm his thinking.
Using they keys of his laptop and the power of Google Toby set about finding answers to all of his questions.

Seventeen million died in World War One with a further twenty million injured.

Sixty million died in World War Two, that was 3% of the world's estimated population in 1940.

Toby double and then triple checked the figure of 97 million who died under communism across the world.

Finally he found that five hundred and eight million people make up the twenty-eight member states of the European Union.

Toby posed another question, firstly to himself and then to the all-knowing power of Google. What proportion of the British public are regular attenders at church ? The answer of ten percent showed that Great Britain is not particularly a god-fearing country so what would be the answer of America where Sunday and church attendance is more central to the way of life ?  What would the result be for Italy and the centre of the Roman Catholic religion ?

Within moments Toby had the answers. The USA and Italy both had church attendance figures of thirty-seven percent. The figures were much as he had anticipated, what did come as a surprise was the incredibly high attendance rates throughout the continent of Africa where most were way above fifty percent. In Britain only one in ten went to church and allowed their minds to create a god. How many minds projected a devil into society ? Using Harwood's Theory Britain had a weaker god than America but hiw strong was the devil ? Where were those who created Satan and where were those who worshipped him to make his force real ? Applying Garwood's Theory placed some frightening thoughts into Toby's mind.

Outside waging war what is the most terrible thing one human being could do to another ?
Murder ?

Murder, both legally and morally, has different levels. Killing a single person, no matter what the motivation is wrong but planning the killing of several is evil. Planned serial killing would have to be the most evil either influenced by Satan or contributing to his existence. In recent years, say the past hundred years, who were Britain's most evil serial killers ?

Harold Shipman, of course. Toby was still at the computer so soon found that Doctor Shipman had ended the lives of fifteen, at least that was how many the court found him guilty of. They may have been more.

Fred and Rose West ? Twelve but just as with Shipman there could have been more.
The Yorkshire Ripper ?  Peter Sutcliffe killed thirteen.

Those were notorious killers whose names were general knowledge but there were others. Who ?

Searching Google the name of Dennis Nilsen appeared. He had killed at least twelve.

Were all acting under Satanic influence ?  Did their killings, eight people and at least fifty victims, contribute to the phenomena of the devil ?

Toby printed off a map of the UK then plotted the location of each killer's activities.  Toby then drew a line from each location to every other.  The majority of the killings were in the northern part of the country but as each moved to the southern locations they crossed in one place. On the A4 printed map it was impossible to identify the location but again using the cyber power of Google, this time Google Maps, Toby was able to identify the Bedfordshire village pf Clophill.

Toby felt a shiver run through his body, a shiver that turned to fear. Perhaps he should stop what he was doing, stop it immediately and forget the ideas that were now forming in his mind. Making that his intention he closed the lid of his laptop. Within the hour he was back.
Clophill was fifty-four miles away. Toby did not drive and public transport to such a small village would be non existent. He had to get there somehow, he needed to feel for himself if what he had read was true or not. Steve had a car, if he paid him the petrol perhaps he would take him. Toby was sure his friend would but what reason could he offer for the visit ?
The truth ? 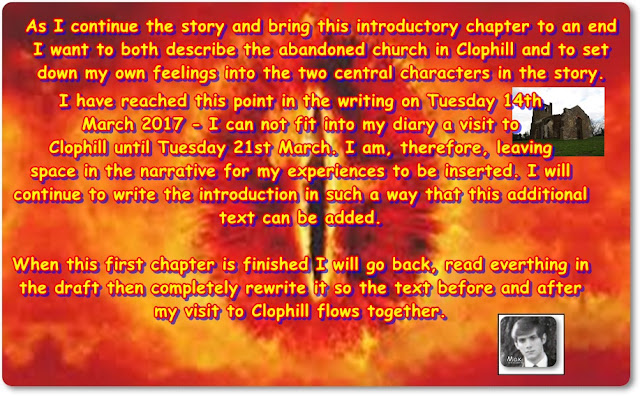 Toby had taken a number of things with him on the visit to Clophill: a camera, pen and notebook and a thermometer.
"You don't think it was auto-suggestion that made us both feel the way we do ?"
"You are the philosopher Toby but isn't auto suggestion what this is all about ?"
"That's psychology more than philosophy."
"It's still minds focussed together in one direction to forma  focal point of influence. Hitler had messianic influence over an entire country, we have got to go to Germany and check that Brocken place."
"I'm scared," Toby said. "What have I started ? That church in Clophill felt evil."
Toby had taken a thermometer with him to Clophill, just a simple gardener's greenhouse thermometer. He took the temperature when they left Oxford, he took it again as they parked Steve's car in the village. It was two degrees lower. That meant nothing but standing in the shell of the ruined church it was another three degrees lower.
"I am sure," Toby said, "if we had been able to measure air pressure, humidity and so on there would have been a difference from the village in general to the church itself."
"You could be right."
Steve was fascinated by Toby's thinking and wanted to be a part of the research.  In his own study area of European History he wondered what the truth was concerning Hitler's interest in the paranormal. If it was nonsense and superstition they why did the allies deny it ? There had been attenpts to hide other activities within the Third Reich.
"We are going to need to visit Germany," Steve said. "We need to find out more about Brocken."
"I agree but it will be expensive."
"If we were able to present the research in a way that interests the right people we may be able to find some funding."
"But who are the right people ? I would not know where to start looking."
"Neither have I bit I bet your Doctor Garwood would know."
"Let's look again on-line, see what ore we can find out about Brocken. Fifteen minutes later the fear Toby had felt wghen he discovered the website reports on Clophill was nothing to the terror the friends had for their discovery of Brocken."
"I'm scared," Toby said.
"You and me both."

Posted by The Sunshine Smile Crew at 22:22