An Ego Trip Too Far !

According to the Booksie website where I have started to add my stories as well as my own website, the most popular of my tales is ANGELS OF THE ANTI-CHRIST.

When I started to write this story it was a brand new area for me, never before have I attempted to write a crime thriller. 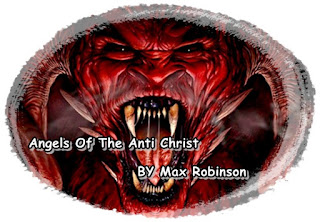 Also different for me, although nor the first time, I am writing in the third person. Usually I write in the first person with myself as the central character. I have no idea what it is like to be a police detective and have never been a serial killer myself so the third person felt natural.

When I made the plan for the story Detective Chief Inspector Graham Warner was intended as my main character but as the plot developed he has taken a backseat to allow Acting Sergeant David McDermott to be the main man.

Sometimes when I write a story I will surf the Internet to find a picture of someone then keep that picture in mind when I develop the character. That did not happen with Dave 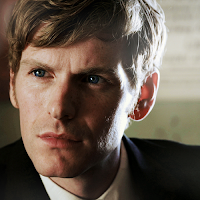 McDermott. I have just made a retrospective search to look at some of TV's young fictional detectives. Endeavour Morse best fits the way I see McDermott.

Agatha Christie is, by a long way, the world's number one crime writers. She allowed two of her characters Miss Marple and Hercule Poirot to have a whole series of adventures. 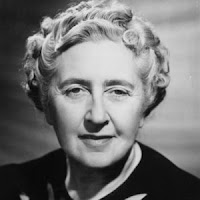 Will Dave McDermott have adventures after he has cracked the Angels Of The Anti Christ killings ? Honest answer - I do not know.

In C S Forester's tales about Horatio Hornblower his hero is first introduced as a naval midshipman.

Mr Midshipman Hornblower was published in 1952 and became the first of eleven books following the career of this fictional British naval hero. He ends up as an admiral. 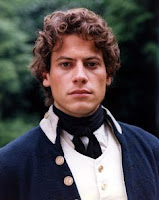 If, and it is IF, I continue writing about Acting Sergeant David McDermott then I think each story, each crime he solves, will see him progress up the ranks of police promotion. He will, however, stop at the point where he is still an operational officer, he will not reach the dizzy heights of chief constable.

A Touch of Frost was a popular TV detective series which ran from 1992 to 2010 with David Jason in the role of Detective Inspector Frost. The original stories were written by R D Wingfield who actually did not like the way the camera portrayed his character. I don't suppose he objected to the royalty payments.

So would I like Dave McDermott to be dramatised in a TV series ? How would I spend the royalties from that ?

I guess that is an ego trip too far !

I would be pleased to hear what you think.

Drop me an e-mail