This is my grandfather William.  I never actually knew him as he died when my own father was a small child.

William was born in 1890 in the Aston District of Birmingham England. His father owned a small business, I will not call it a factory as such would be to exaggerate its size, making nails.  William was a tool maker, making the tools the workers used to make the nails. 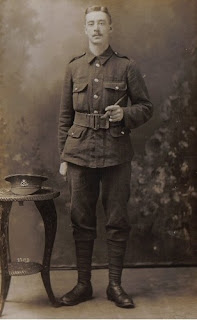 When war broke out in 1914 William immediately volunteered for the army, joining the South Staffordshire Regiment. 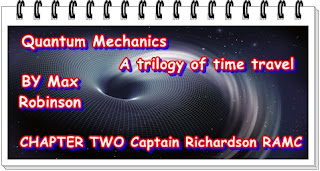 William is the main character in the second chapter of the story I am currently working on.

While in the trenches William contacted tuberculosis so was discharged with honour from the army.

He was never a well man and eventually died of his illness but not before he was married and had three sons. 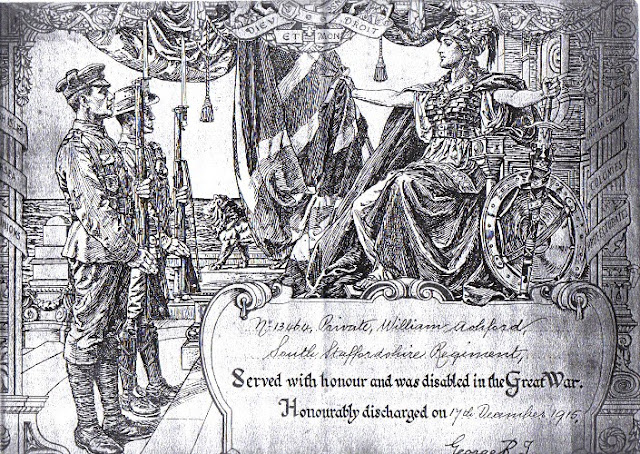 William married a lady, the same age as himself. She had come to Birmingham to work in a munitions factory and had been billeted on William's family. 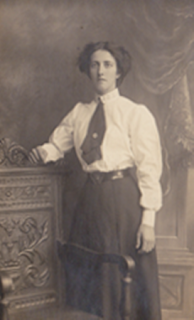 When William left the army he had only his basic service medals and the discharge certificate above. 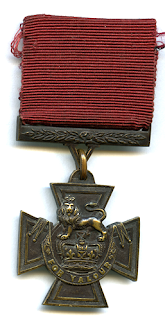 Going back a few generations before William one of his predecessors won The Victoria Cross, Britain's highest award for gallantry.  I have taken the citation for this medal and used it in my story.  William actually winds the VC.

Yesterday I was not able to be at my laptop as I was away from home for most of the day.  However, my notebook was never far from me and when I had odd moments during the day I scribbled away on William's story - Chapter Two of QUANTUM MECHANICS.  Today I have the task of typing up all of those notes and writing more to bring the chapter to an end.

You can read William's story either by clicking the story button on my diary: www.patrioticpensioner.com or direct at:

Click the title at the bottom of the page for Chapter Two.

Chapter One, if you care to read it, looks at British Pop Music in the days when it ruled the world !

Chapter Three is firmly in my mind and will deal with the two years following my leaving school.  I hated school, you can read why in my schoolboy autobiography THINGS WERE DIFFERENT IN MY DAY.

Chapter Three of my time travel trilogy will go back to 1969 when I was working as a management trainee in Birmingham's largest department store - Lewis's. Here it is: 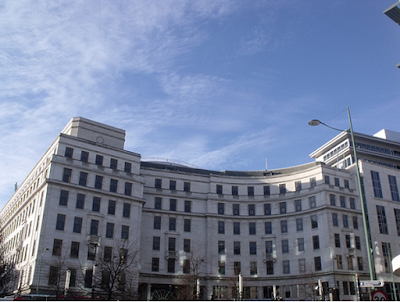 There were two thousand members of staff working there. Aged only 19 I was seconded from the sales floor where I was looking after contact sales of curtains to the staff department.  I was in charge of recruiting school leavers to join the store's management training programme.

I left Lewis's in a total change of career direction.  In Chapter Three I will consider what life would have been like had I not left the store. 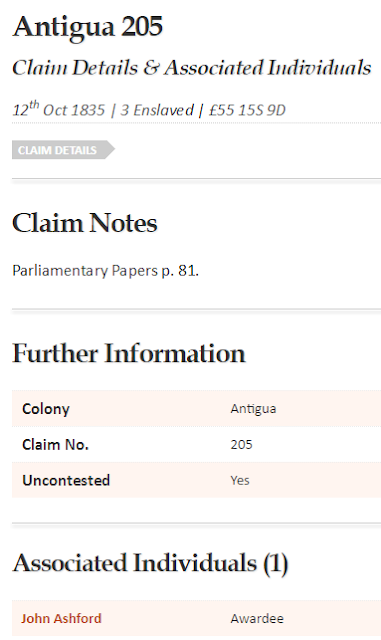 This is a certificate belonging to another of my ancestors. It is a notification of the compensation he was awarded when he had to free his slaves ! 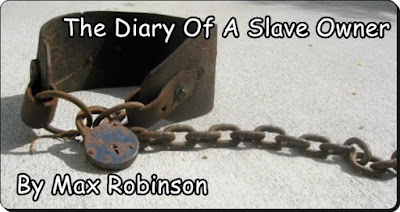 When I have finished writing my time travel trilogy I will be taking this document to start my next story THE DIARY OF A SLAVE OWNER.