As you know, I am currently writing my schoolboy autobiography. In the times I am writing about women were not paid the same as men for doing the same job, they were not considered equal so why should they be paid the same ? 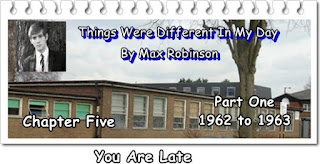 In my junior school there was an abundance of women, only two teachers were men. If gender equality had been in place the education budget for the town would have had to be significantly increased.

By the time I attended secondary school there was pay equality in the teaching profession but not widely across other areas of employment. The first job I had on leaving school had different pay rates for women and for men.

My junior school was mixed, co-educational, boys and girls but my secondary school was an all male institution. On educational grounds I believe children perform better in single sex schools. Next door to our school was an all girls school but there was no integration.  We went to school on a double decker 'bus where the boys sat upstairs and the girls sat downstairs. The ticket collector on the 'bus was sometimes a man and sometimes a woman. The driver was always a man. One day when a 'bus turned up driven by a woman we lads were nervous about getting on board.

Equal pay did not become law until 1970.  I am not sure if the law which made it illegal for a woman to work down a mine was ever repealed. So in my arrogant opinion are women equal to men.

NO - absolutely, not never no way !

BUT, and here's the important thing, Men are NOT equal to women. I'm a man but I can not have a baby like a woman can. That makes me inferior to a woman.  Well it does, doesn't it.  I have to shave every morning, it's a drag but I do not want to grow a beard.  Women don't have to shave so does that make them inferior to men ?

Eighteen months ago I fell of a ladder and broke my ribs. An ambulance attended with two female medics coming to my rescue.  Once I was on the stretcher I was too heavy for them to lift me up.  Another ambulance had to be called with two men to transport me to hospital. I am not sure where gender equality fits in  there and where the line from political correctness changes to common sense.

I have children who are both male and female, I have grandchildren of both sexes, I would not consider my family to be complete if there were not both genders represented.
Women are NOT equal to men but men are NOT equal to women.  We need both with their different characteristics to give us a balanced society. Equal pay, yep I go along with that. Equality of opportunity, yes of course.

WOMEN are EQUAL with MEN and vice-versa = RUBBISH !  At least it is rubbish IMAO ! 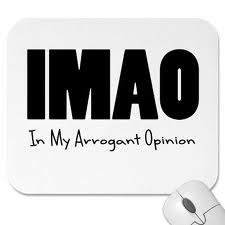